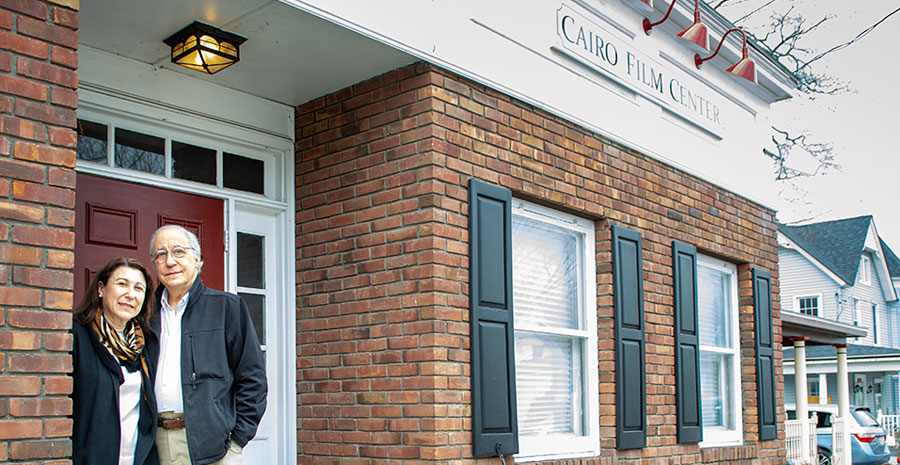 Long-time stalwarts of the NYC Design & Production community, Bébé Regnier and her husband Dwight Tobin relocated their business headquarters to the town they’ve been getting away to for the past 30 years. She is an internationally recognized designer of lighting solutions for commercial and private applications. He is an Emmy Award-winning director/producer of commercials, PSAs and educational pieces. Together, they share space in their building at 527 Main Street in Cairo, NY – lighting showroom in front, audio & video post-production in the rear. 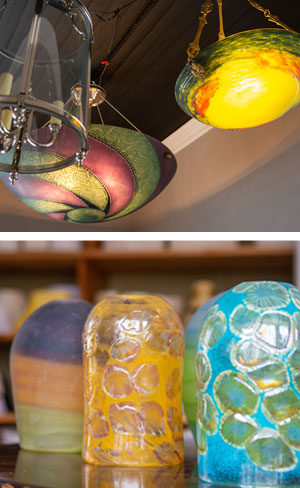 Founder and Chief Designer of Lampworks, Bébé grasps the subtleties of lighting and the critical role it plays in setting the mood in a room. Architects and interior designers have consulted with her since 1996 to assist with ever-evolving, often complex lighting products, and be guided through custom fixture design.

Bébé served on the Board of the East Midtown Partnership, a Business Improvement District of NYC. The BID is responsible for branding the district, so as Chair of the Merchant Committee, Bébé was instrumental in creating “The Decorative Arts District” of NYC, officially named by the Mayor’s Office. Formerly, Director of Interior Design for Bloomingdale's, and a Store Planner with Macy’s Corporate, her experience has led managing agents, developers, and luxury retailers to seek her advice.

An experienced lighting designer, Bébé also oversees the fabrication and purchasing of fixtures and lamps to provide a complete package where no detail is lost from concept to delivery of the finished product our clients envision.

As a young technical director in the NYC Theatre scene of the 1970s, Dwight Tobin worked on numerous productions, both on and off Broadway as well as Shakespeare in the Park. He soon turned toward producing and directing for several NYC Ad Agencies, including the original I ♥ NY commercials, and after a notable career, now focuses on post-production and digital archiving and restoration of film, video and audio recordings from their original format to digital files, and independent films to DVD, Blu-Ray, and Digital Cinema Projection (DCP). His studio at Cairo Film Center contains a wide variety of vintage and modern recording and playback devices – enabling him to transfer, edit and repurpose almost any type of recording.

The couple are active supporters of the community, working with the Cairo Development Foundation to promote the town as a destination for video/film production.

Tobin Productions and Lampworks work by appointment only so they can dedicate time to each specific project they take on. You can contact Bébé by phone at 212-750-1500 (yes, they kept their coveted NYC area code) or by email at info@lampworksinc.com.  You can reach the Cairo Film Center by calling 518-303-5133 or by email at Dwight@tobinproductions.com.