Re-defining ‘Family’ in Family Resorts: The Next Generation Comes of Age in East Durham, NY 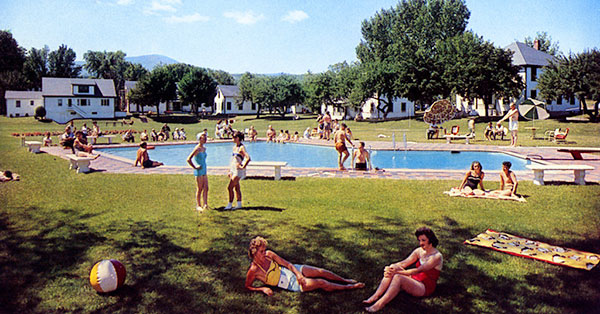 East Durham, NY has been a community where ‘families welcomed families’ for nearly 100 years.  During the decades following WWII, tens of thousands of moms, dads, aunts, uncles, and cousins flocked north from NYC, Long Island, and New Jersey to experience natural beauty and hospitality at the foot of the Great Northern Catskill Mountains.

The PBS documentary “The Irish Catskills: Dancing at the Crossroads” paints a picture of how Irish-American families connected with each other while making the rounds of the family-run resorts, dance halls, and watering holes that flanked NYS 145 along the Catskill Creek in the town of Durham. 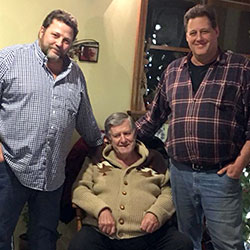 Bob Handel was one of many visitors seeking a break from the heat, hustle, and bustle of the city when he met his future wife Ginger – who would only agree to marry him if he bought her a horse farm in East Durham.  He did, and that’s where the story of the Handel Family welcoming other families began. Their Tanglewood Ranch provided daytime outings for guests of all the hotels and resorts in the area, and when the popular Mullins Irish Spring came up for sale, Bob, Ginger and their sons Roy and Dale re-established it as the Blackthorne.

The overarching theme of the success of East Durham resorts has always been that ‘Family to Family’ connection.

By the end of the 20th century, families were planning their vacations differently.  Gone were the days of simply putting out the vacancy sign and relying on drive-by traffic to fill rooms.  Air travel to mega-destinations in Orlando, Las Vegas, and Southern California was being subsidized by major resorts as part of all-inclusive packages.  The same was true for cruises to the Caribbean.  Nuclear families didn’t just hop in the car and drive north for a few days – they ventured further for on-site amenities and attractions hyped to their kids by feature films and entertainment empires.

Family vacations were changing, and so was the definition of ‘Family’ across America.

Hosting events like wedding receptions and family reunions has been a reliable revenue source for resorts like the Blackthorne, but fewer and fewer traditional families were choosing to congregate for a week at a time each year.  Family-run resorts have an inherent ability to facilitate these types of gatherings well, and so turned to less traditional definitions of family – groups of people with shared interests who hold their own “family” events.

One thing became evident – Event hosting, while requiring more planning and promotion, is the key to filling rooms.  A primary example of this is Catskill Mountain Thunder – hosted by the Blackthorne.  Every fall thousands of Motorcycle enthusiasts meet up for runs through the autumn splendor of Greene County byways by day and top name live-music by night.

On a slightly smaller but no less enthusiastic scale, events like the Rats Nest Run In for custom car aficionados and mechanical-makers draws growing crowds of exhibitors and visitors every year.

The resort hosts no less than 3 Steampunk gatherings throughout the year, highlighting makers, singers, dancers and gamers with demonstrations, inventions, wearables and work-ables (not to mention a signature High-Tea).

For the last three years, the traditionally slow Mother’s Day weekend has witnessed the North East Grand Slam Saint Bernard Dog Show Weekend.  These AKC confirmation dog shows have grown into the largest destination for Saint Bernard breeders, exhibitors, and owners in the U.S. (other than the National Specialty Show which changes locations every year).

The rising third generation (Dale’s daughter Morgan, and Roy & Patty’s son Austin) are cousins that understand the value of what their family business has to offer.  It’s less about the hottest new destination, and more about creating a space where people of common interest can come together, catch up, share experiences, and feel welcomed every time they return.

East Durham is still the heart of the Irish in Upstate NY, with its East Durham Irish Festival and Catskill Irish Arts Week reaching more and more each year.  Just up the road is the world-class water and adventure park Zoom Flume, and the smaller family-run resorts utilize the energy and ideas of their latest generations to ensure future visitors find that home-away-from-home they all seek.

If you would like to learn more about Emerging Business Categories Positioned for Growth in Greene County, NY, or get concierge service establishing or expanding your business in one of our 14 Catskill Mountain, Rural Valley or Historic Hudson River Towns, contact the Invest In Greene team today.