Mansion + Reed, A Place for People by the River in Coxsackie, NY

The ‘Lower’ Village of Coxsackie is at the base of the Mansion Street hill adjacent to the Hudson River.  The Post office is there.  So is the main office of the National Bank of Coxsackie.  The Heermance Memorial Library sits at the head of Reed Street.  The area is lined with historic brick buildings, with Sbarboro serving Breakfast and Lunch, and the Downtown Bistro catering to the later crowd.  These places draw people in to their own establishments, but there’s not much to keep them once they’ve done what they came to do. 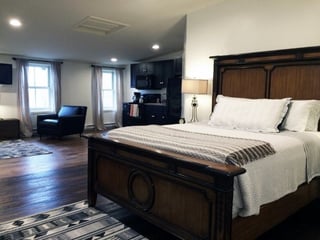 Lia Post and her twin sister Justine saw this as an opportunity.  After running an artist collective in the Greenpoint neighborhood of Brooklyn, Lia purchased the properties at 45-49 Reed Street and 1 Mansion Street in December of 2014.  Her sister’s property is around the corner at 33 Church Street.  Together, they operate Mansion + Reed Guesthouse offering loft-style guest room suites and a two-bedroom flat for visitors interested in a unique stay in an historic Hudson River village.

Lia’s love of river villages began in college, when she interned on The Clearwater, a 106 ft. replica of a Hudson River sloop built by folk legend and environmental activist Pete Seeger.

Her time on the Clearwater introduced Lia to Saugerties and Hudson, and as her Brooklyn neighborhood became less and less affordable due to rapid gentrification, she turned her sights up-river to look for a new adventure.  She knew she wanted a river town location, but properties in Hudson and Saugerties proved unworkable for her business model.  “The news was out”, she recalls, “and it seemed like everybody was trying to buy and renovate in both towns” driving asking prices higher and higher. 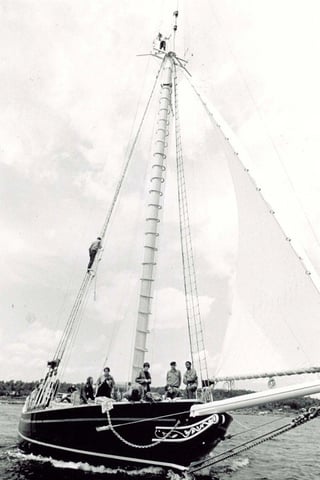 That’s when she discovered the Coxsackie properties, and the numbers started to make sense.  “The Greene County property market and tax structure made it the most attractive choice”, she continues. “An added plus was the street level storefront space with a tenant in place.”

Lia’s vision is to create a destination gathering place by the river.  A place where people can meet every day, and where guests can stay for an event, a business trip, a wedding, or a simple get-away.  With the guest rooms open and ready for bookings, she’s ready for the next part of the plan: The storefront at 45 Reed Street.

“Our goal is to create an eclectic General Store that is a source for organic produce and locally produced goods”, Lia says.  “We’ll be creating a place where people can stop in to visit, browse, pick up some food, or enjoy a coffee or tea after they go to the Post Office, or the bank, or whenever they like.  The idea is to extend the time people spend in the Reed Street neighborhood, attracting more customers to a growing group of specialty businesses.”  She preparing to open by the fall.