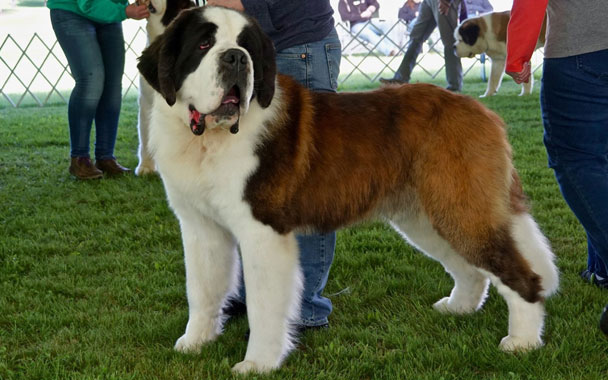 Ellen & Mike Mansey and their daughter Lauren weren’t quite sure what to expect when they opened their family’s Wolff’s Maple Breeze Resort a week early this season to host an AKC Specialty Dog Show Cluster and welcome 50 of the Top Saint Bernards (and their exhibitors) from across the country.

For the fourth year in a row, the New England Saint Bernard Club and the Saint Bernard Club of the Finger Lakes have found common ground in Greene County to produce a baseball-themed dog show weekend known as the North East Grand Slam.  The event brings Saint Bernard breeders and exhibitors together for 4 AKC Conformation Specialty competitions over 2 days in a single location.

Getting Ready for the Show Ring.

For those unfamiliar with the sport, there are two goals in the pure-bred conformation world: To ‘Finish’ or gain the title of AKC Champion, and; To ‘Special’ or gain Grand Championship levels that range from Bronze to Silver, Gold and Platinum based on the number of dogs in competition. 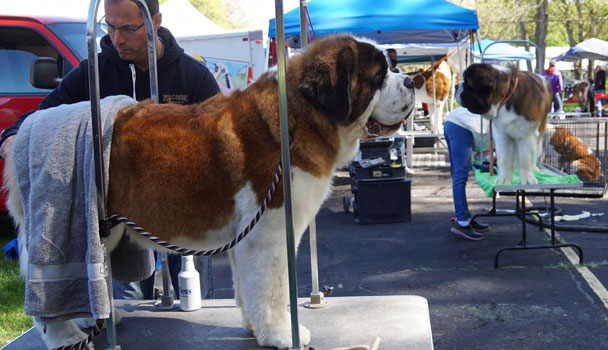 All-Breed dog shows can include every breed recognized by the American Kennel Club and are divided into 7 groups of breeds and varieties: Working, Sporting, Hound, Terrier, Toy, Non-Sporting, and Herding.  A Specialty show focuses on a single breed – in this case, Saint Bernards (who are part of the Working Group).

Dogs that have yet to achieve their championship compete in classes based on their age and sex, as well as who is handling them in the show ring.  This year’s show included Male or Dog classes and Female or Bitch classes for: Puppies 6-9 Months, Puppies 9-12 Months, Juniors 12-18 Months, Bred-By-Exhibitor and Open (for dog’s exhibited by anyone other that their breeder).  A total of 15 points is needed for a championship, an it must include at least 2 ‘Major Wins’ from 2 different judges. 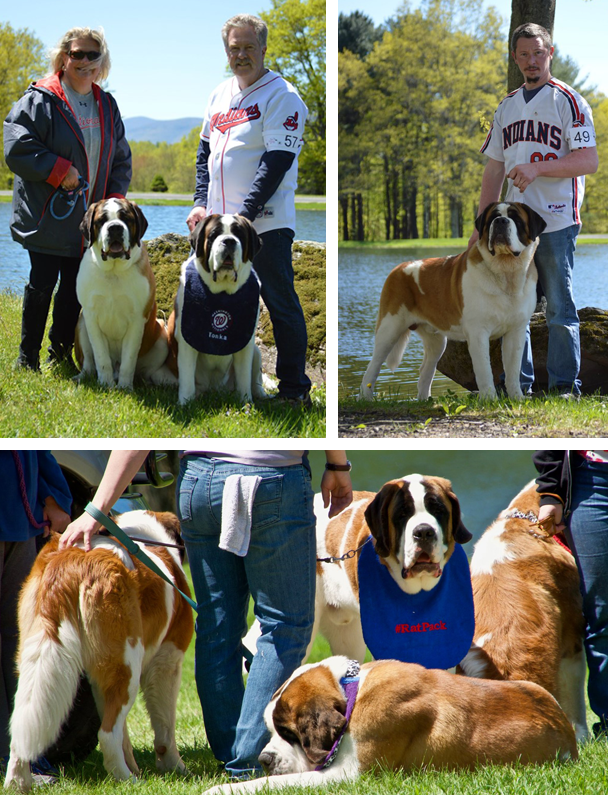 “That’s why our event has been so successful” says Michele Cole, event co-producer and show chair for the New England Saint Bernard Club.  “The North East Grand Slam attracts enough Saint Bernards to award major wins in both sexes for all four shows, each under a different judge”.

Wolff’s Maple Breeze Resort provided welcoming accommodations for over 50 human guests with all-inclusive meal and room packages on a weekend where they would normally be closed.  This enabled the group of Saint Bernard enthusiasts to have the grounds to themselves, share meals together, and foster camaraderie through networking, breeder forums, and just plain fun.

This Year’s Best of Breed Winner at the Westminster Kennel Club Dog Show won Twice at the Grand Slam. 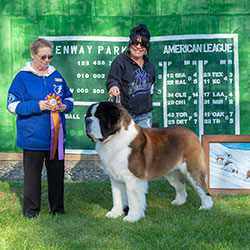 Nearly half of the dogs entered were already AKC Champions and Grand Champions. They were competing for Breed Points for national rankings.  The number 1 Saint Bernard in the country (Grand Champion Platinum Elba’s Aristo Presto) was Best in Specialty Show on Saturday afternoon and Sunday morning adding a total of 84 breed points to his totals for this year, and marking his 56th specialty show win.

The family-friendly setting of our Great Northern Catskill Mountains was the perfect backdrop to a memorable weekend that both the resort and the clubs plan to stage on Mother’s Day Weekend next year and beyond.  This was the first trip to the region for many of the exhibitors who came from as far away as Florida, the Carolinas, Tennessee, and the Mid West – by all accounts, they can’t wait to come back. 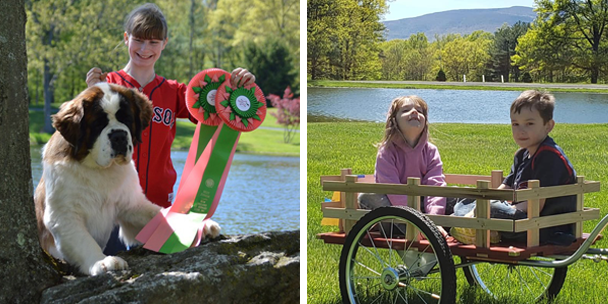 Looking to start or expand your business in Greene County, NY? Get concierge service from the Invest In Greene Team by calling 518-719-3285 or emailing business@discovergreene.com.