Storybrook Hollow is Turning Imagination into Creation on the Road to East Durham, NY 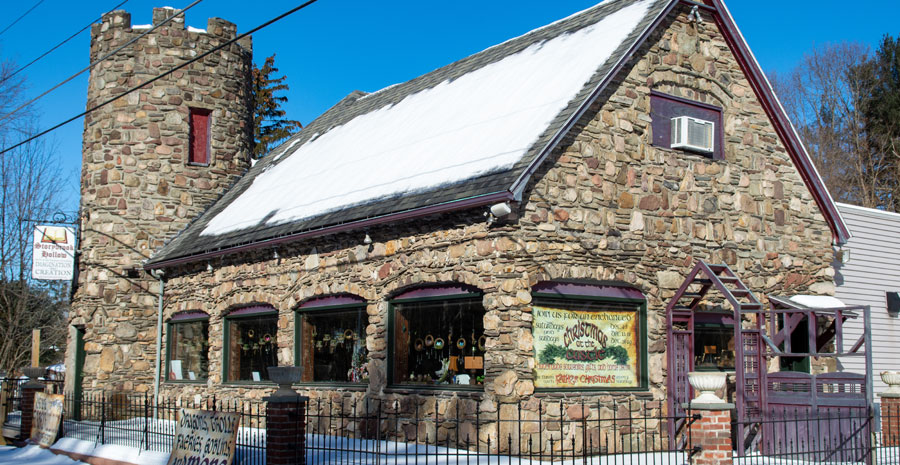 Chad Paliotta understands that while it’s great to have a day job to pay the bills, there still needs to be an outlet for creativity and passion. That’s as true in his life as it is in the lives of every other Greene County resident. Armed with years of experience in woodcarving, painting, sculpture, and pottery, Chad is bringing wonder and enchantment to life with his handcrafted knickknacks. At Storybrook Hollow on the road to East Durham, you can find a little bit of magic everywhere you look. 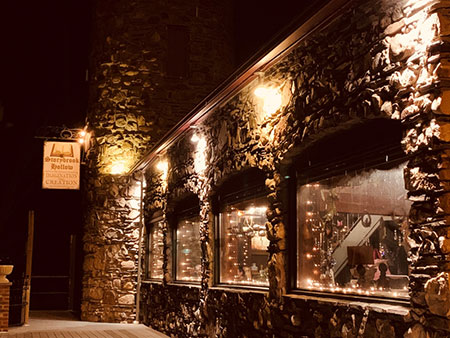 Chad grew up and worked just a hop, skip, and jump away from Greene County. His day job as an auditor in Sullivan County kept the lights on and his mind occupied, but his passion for art still burned bright. Even after a 9-5 shift, he would almost always find himself working out on his hobbies out of his basement. Drawing inspiration from loveable and artistic greats like Jim Henson and Walt Disney, Chad’s sculptures and crafts had a real sense of charm and whimsy to them. Everything from the off-the-wall goblins to the personal bottles of fairy dust all awaken his customers’ inner child. What started as a hobby for Chad soon became a full-fledged career opportunity, and by 2014 his work had started drawing attention across the country.

It was then that Chad began traveling the New York metro area to debut his creations at renaissance fairs. His mythical gifts and crafts were a smash hit, and he quickly found himself overwhelmed with people asking the same question “Where is the physical shop?” Though Chad had the time and means to create enough crafts to meet demand, he did not have a physical storefront to sell them out of. Instead, he had to rely on websites like Etsy and the continued word of mouth that was helping his business expand. But the entire time, he had his eyes peeled for the perfect piece of property to come along – until finding it within Greene County.

Anyone who has driven through Cairo into East Durham over the past 6+ decades has seen the glorious stone castle off State Route 145. Though this magnificent structure has housed two restaurants over the years, it had recently been left standing vacant. As a self-proclaimed “castle fanatic”, it did not take long for Chad to learn of this property, but at the time the price was not right for him. After a few years passed with the castle going unclaimed, the price finally dropped to something more feasible, and Chad jumped on the chance. To him, it was the beginning of his dream career truly taking shape and growing further.

With the ideal space to create and sell his crafts now officially his, Chad got straight to work beautifying the location. When he was not at work during the day, he would be at the castle, making every inch feel enchanted and whimsical. With the help of family and friends, and the drive to see his passions brought to life, Chad was able to get Storybrook Hollow up and running just in time for the 2021 holiday season. The “soft” opening before Christmas drew large crowds, all of whom enjoyed delicious local refreshments, unbeatable ambiance, and a chance to connect with the spirit of wonder that makes Greene County great. 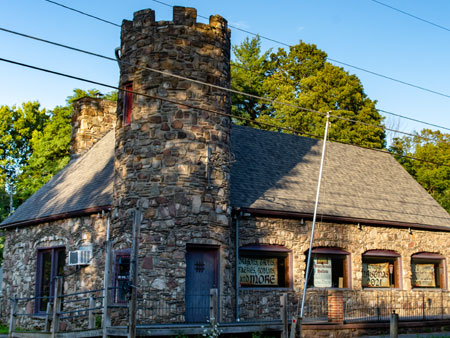 Though Storybrook Hollow is temporarily closed, there will plenty to do and see there again very soon. Chad is very excited for their upcoming “Once Upon A Dream” Valentine’s Day celebration, running on February 5 & 6, as well as February 12 & 13, from 10 AM to 8 PM. This enchanted evening is meant to act as a jumping off point for their grand re-opening later in February, with candlelit dinners and unforgettable experiences galore. Chad is also thrilled at the prospect of adding a microbrewery to the castle in the near future as well. More than anything, he is proud to have the opportunity to live his dreams and give Greene County its own sense of magic.

Chad Paliotta is one of the many talented creatives who love to live and work within Greene County. One of the many things that makes our county amazing is the support and respect we have for the creative economy – it’s what keeps us all growing and learning.